In an attempt to better understand the WebDAV standards space, I made up a non-scientific graph of all the specs and dependencies. I'd like to get started with CalDAV, but I have a few other specs to implement before I'll be able to do that. 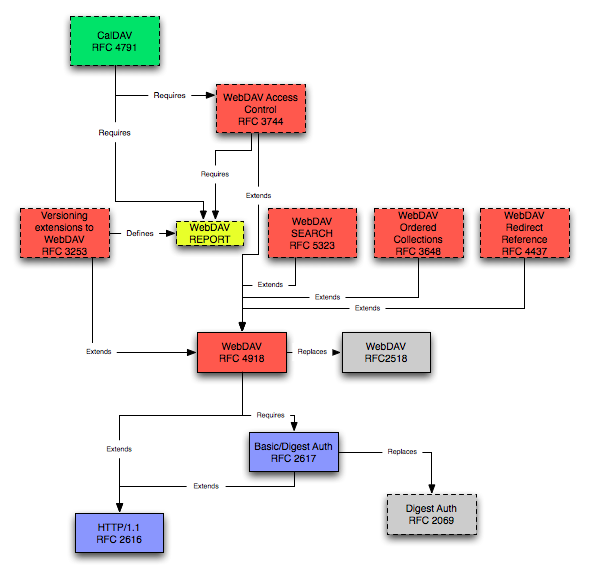 The next one for me on the list is ACL. Attempting to integrate these new features within the existing system so far has proven to be very challenging. The big reason is my (perhaps high) requirements on how this is supposed to work: