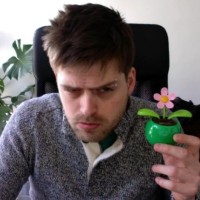 My name is Evert Pot, and you're looking at the 6th reincarnation of my web presence.

In the past I worked at Yelp on REST APIs, co-founded fruux and a few other companies that have been acquired and no longer resemble what they once were. I'm very interested in web standards and served on several standards boards.

My full professional history is on my resume.

This blog is built with Jekyll, and hosted by Github Pages. All the content and code is open source.

Want to take a look, or suggest changes? Check out or fork the Github project.

I've been writing blog-posts on and off since 2006. Below you'll find the full archive. Don't scroll too far though, quality degrades as you go backwards in time.