The reasons cited are the lack of usage. This doesn’t completely surprise me. Both of the features don’t fit that well with modern workflows. There’s not a lot of people using bookmarks actively except through auto-complete, and the reader interface never really was as effective as just looking at a website. Honestly the day that Mozilla didn’t show the feed-discovery button by default in the address bar is the day they killed it. 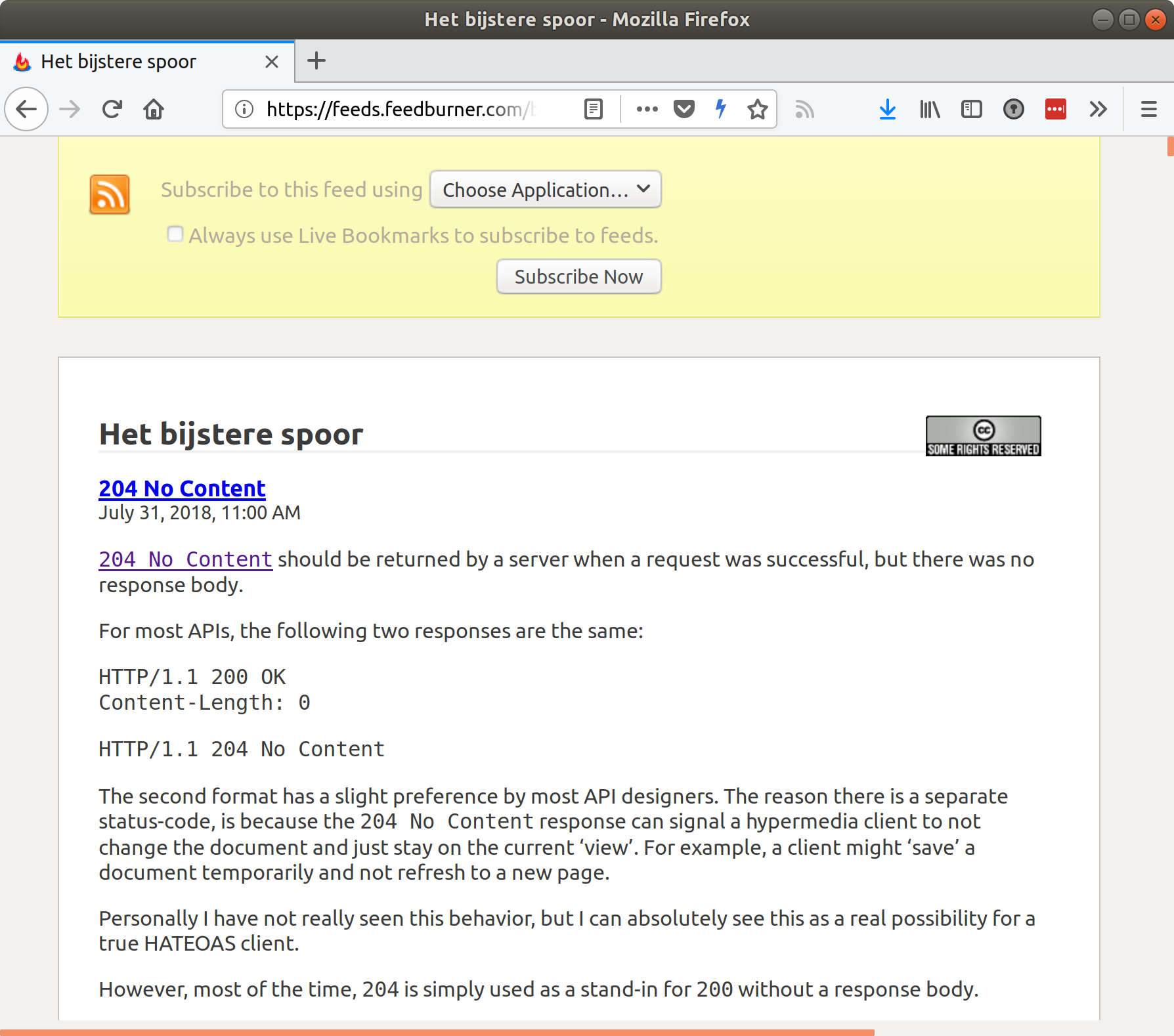 I can’t help being sad about this though. For a little while feeds were a very prominent and exciting feature of the web. More than an effective tool to replace mailing lists, they represented an idea that anyone can start a website and become part of the “blogosphere”. The dreams were pretty big in the 2000’s. Aside from standard protocols for getting updates from websites, many platforms supported standard API’s for authoring blogs, and API’s for federated commenting and even API’s for federated identity (OpenID).

At its height, even Microsoft Word got integration with these standard blogging (Metaweblog) APIs for easy authoring.

Today it feels like a lot of that dream has died, and we’ve moved back to censored corporate-controlled content-silos such as Facebook and Twitter. Each with their proprietary API’s, incompatable with anything besides themselves and no interest to open up their networks to federation with other providers. These large vendors are worried about losing control of where content lives and where your firends are, because once they lose the network effect the only thing that’s left is a steaming pile of garbage where nobody really wants to hang out anyway.

So I’m sad to see this feature being removed from Firefox. It wasn’t a really a fleshed out or well maintained feature. It’s recoverable with add-ons, but what I really care about, is what the feature represents.

Our mission is to ensure the Internet is a global public resource, open and accessible to all. An Internet that truly puts people first, where individuals can shape their own experience and are empowered, safe and independent.

I think it’s important to say that I don’t necessarily advocate for preserving this feature. I want Mozilla to be a catalyst for taking control from corporate silos back to the individual. RSS & Atom might not be the key to this goal, but without a good replacement this doesn’t feel good. To me it goes against the mission that Mozilla set out to accomplish.